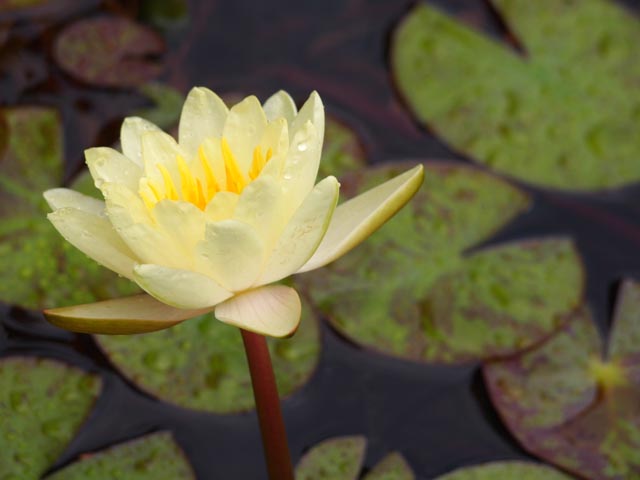 You might have noticed I was a naughty blogger last week. I did not manage to get posts up on Wed and Friday like I normally do, because I was out of town. I had the best of intentions…I was going to schedule them to post before I left so nobody would ever know I was gone. Oops.

We all know what road is paved with good intentions.

At any rate, I’m back from the RWA National Conference in Hotlanta. Yes, everything you’ve heard about heat and humidity is true. Forget having nice hair, and plan on taking two showers a day. But it’s worth it for two reasons…awesome cemeteries and O.M.G the food!

Before the conference began I asked a few intrepid souls to venture forth with me to the Oakland Historic Cemetery. I knew it would feel like pea soup outside, but we went anyway.

Do you know how easy it is to get lost in a cemetery? Pretty darn easy! Within minutes I could no longer see the group I came with because my photographers heart had followed a butterfly/squirrel/shiny object off on some less traveled path and by the time I looked up everyone was gone and my legs were coated in mosquito bites. I did, however, find this: 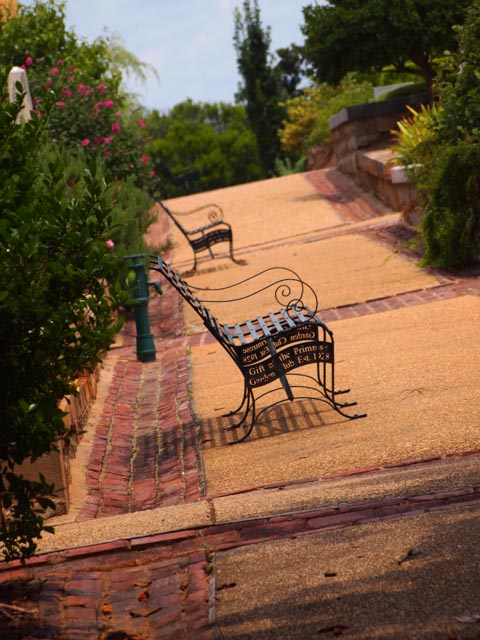 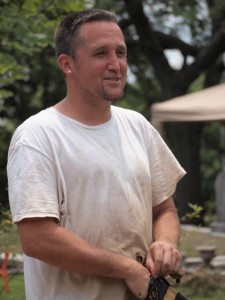 Look how cool this sweet man is under the Hotlanta steam and sun!

It’s an incredibly relaxing place that is a bit removed from the hustle of the city and the traffic noise. It is, however, right next to a train station which continually blared an air raid siren as though we were being invaded by aliens. According to this guy (and isn’t he cute?) they do that because they had so many people fall on the tracks that now they warn every time a train is coming through, which apparently is constantly. I’m really glad I’m not “resting” in this cemetery because I’m pretty sure the inhabitants get no peace at all.

I did manage to find my way out (mostly because my friends sent someone in to rescue me). I wish I could have spent more time there, but frankly the heat and mosquitoes chased me away. Have you ever visited the sun? That’s what it felt like. The sun, bobbing in the ocean, and you’re dangling in the air just above it, roasting  in steam, while somewhere a giant laughs.

When it came time to find food, a group of us made our way to Sweet Georgia’s Juke Joint during the monsoon which unleashed directly after we left the cemetery. I like to think I had nothing to do with that, but perhaps walking all over graves to get the shot wasn’t such a good idea.

At any rate, Sweet Georgia’s is a local place (though he’s planning on expanding to other cities) that serves Southern Food with a capital S. We started with fried green tomatoes and fried okra. (Eyes wide with joy here.) I followed that with fried chicken paired with sweet molasses baked beans and mashed potatoes. (Eyes rolling to the back of my head in bliss.)

My plate held enough food to feed an entire football team. My friends enjoyed chicken and waffles, and macaroni and cheese, and some sort of gumbo thing that I didn’t taste but smelled amazing.

By the time we  finished, and I use the term loosely because nobody actually finished their plates, we had to request wheelbarrows to roll us on out of there. Between the live music in the background, the service, and the heaven that is southern fried food, I fell into a food coma almost immediately after getting to the hotel room. 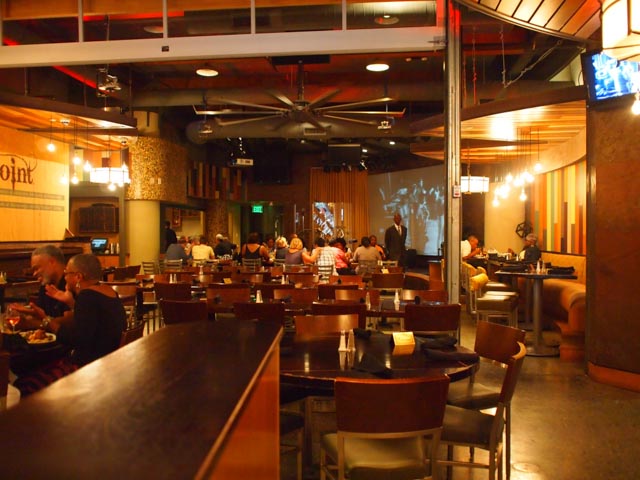