Laughter, the Same in Any Language 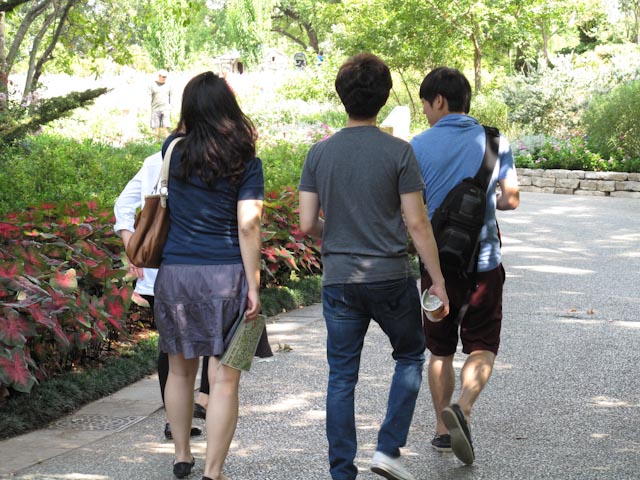 While I was hanging out in the Dallas Arboretum the other day, I watched groups of visitors float past me while I hovered in the shade of a bridge. It’s near the entrance, so most of the people passing by were just starting out on their journey through the gardens. In other words, they weren’t yet tired, cranky, and sunburned.

I noticed something about these groups. No matter where the people came from, I noticed that laughter knew no barriers. No matter what language they spoke, or country they were from, or ethnicity they exhibited… their laughter transcended all that. It was truly universal.

This group? I have no idea where they were from, but they weren’t speaking English, and it didn’t matter in the slightest. They paused on the bridge like a lot of people do, and the two girls turned and put their arms around each other. The boys pulled out their cameras, and while they clicked the girls giggled and then both leapt into the air in the universal “happy girl” pose. I laughed at their exuberance, and the boys chuckled. Then they shared the photo with the girls, who laughed, squealed, and pointed.

I couldn’t understand the words, but the meaning was very clear. I would imagine it was something like:

“Oh look how silly we look!”

“Look at my hair!” (she pulled out a strand of hair to indicate the offending part)

“My expression! We should try it again!”

Then they continued on their way. I watched them go, with a smile on my face. And a camera.