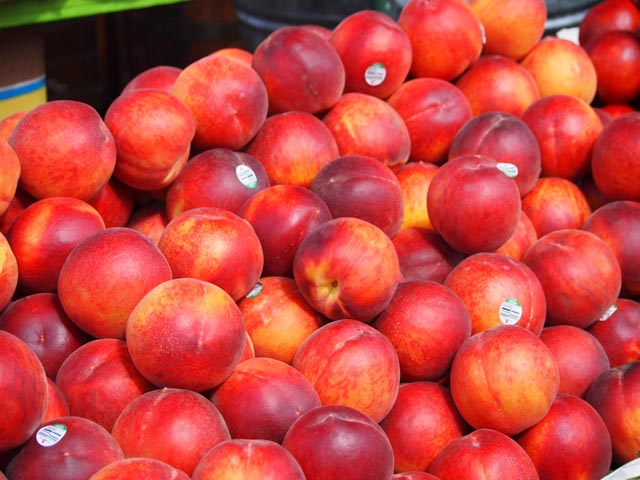 Every weekend, I make a pilgrimage to the grocery store to stock up for the week. Every time I go, I forget my list. I forget what I have in the fridge already, and I have no idea what’s in the pantry. The only thing I’m sure of is whether we have toilet paper. Nothing gets my attention faster than running out of  toilet paper. I will drop anything and everything to replenish that supply. If you come to my home I can guarantee there is toilet paper within reach of the critical location.

This weekend, I didn’t need paper. I did, however, need the usual grocery type items. Lunch meat, bread, fruits of various types, pudding cups because lets face it, life is better with pudding cups, milk…you get the idea. And it just so happens that a new grocery store debuted this weekend not far from me. Just 10 shiny minutes down the road is a shiny new Wegman’s. I first met Wegman’s while living in upstate New York, and I was in love with the place. It’s the Mecca of grocery stores. It’s Whole Foods, Kroger, Giant, Safeway, Sam’s, Name The Brand, all rolled into one. To call it huge is an understatement. This particular Wegman’s must be going for some sort of record. The parking garage next to it is two stories. Two. And yes, they have an escalator that takes you AND your cart up and down.

Did I mention this was the debut weekend? They opened for the very first time at 7:00 am. I arrived by 8:00 am, very proud of myself to have been moving so early in the morning. I figured I’d managed to stay ahead of the crowds, who on a Sunday were most likely still in church or sleeping, or, frequently, both.

My first clue that I was horribly wrong came in the form of police standing in the middle of the street out front, cones at their side, traffic sequestered into a single file in to the Grocery Store Haven.

Next came the single file line into the store itself, which we all endured because at the end was free reusable  bags and yet another key chain plastic thing that promised discounts to those “in the know.”

By the time I made it through that and into the store itself, I realized I should have waited for at least a month. Everyone, absolutely everyone within 50 square mile radius had the same idea as me, at the same exact time, and all of them were in that store. Them, their children, their aging parents, and most likely their pets.

I don’t like grocery shopping at the best of times. I’d no idea it had become a contact sport but somewhere between Aisle 3 and Aisle 25 it became quite obvious I should have worn kneepads and a helmet.

In the end, I traipsed up and down every single aisle. I fought my way to the cheese. I elbowed small children to get at the prepared meals. (Seriously who wants to cook after that sort of exhausting expedition?) I rolled into at least five different people, including one woman who probably has a bruise on her calf now. She handled it with a serenity I lost the second I walked in the door. Perhaps she knew Karma would strike not two aisles later when someone did the very same thing to me.

It was a madhouse of epic proportions, the likes of which I’ve never encountered at 8:00 am on a Sunday.

Yet I came home with chicken parm dinner, dinner for today, the best chicken salad I’ve had in years, and pumpkin spice Thomas English muffins. For a limited time, get yours now! I did not get toilet paper. We’re stocked up.

In short, it was everything I hoped it would be. If you have a chance, try one out. They even have a gluten free aisle. An entire aisle. Those of you who need such things, your ship has come in. They have organic everything, regular everything, bulk everything, single serve everything, plus other things I never got near. You can spend days in there. Weeks, even. And be extremely well fed over in the ready-made food sections. Just make sure it’s not the grand opening.