In case you haven’t been following along, please start from the beginning of Thor’s journey. You can find it chronicled here:

After Thor took off with the German tourists, I decided to call in reinforcements. Obviously Thor needed more attention than I’d anticipated, so I called my hubby. He agreed to help me find the God of Thunder, though he wondered if the German tourists were all women and whether they were attractive and in that case did Thor really want to be found? I assured him that yes, of course Thor wanted to be found, as we hadn’t eaten lunch yet.

The hubby and I searched all around the Tidal Basin, since that’s where Thor was last seen. When we arrived at the FDR memorial, I’d almost given up. I’d have to go home and wait for him to grace me with his presence. I began to compose what I’d tell Debra…”Hello, I lost the God of Thunder….yes I know that’s difficult….yes I realize what kind of damage he could do…no, I don’t think he’s getting into trouble. It’s DC, what trouble could he cause?”

We happened on a large crowd gathered around one set of rocks in the memorial, and the cheering drew me in. I had to find out what they found so exciting. I pushed my way through the crowd and discovered: 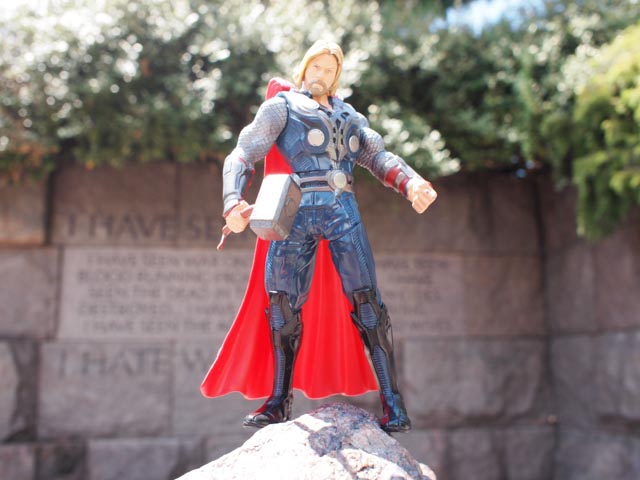 Thor, yelling at the top of his lungs, about Godly Rights and Equality, Except Loki Who Is A Dumb Twit.

Thor, it seemed, had embraced the culture of DC and was eager to lead his own  protest. He’d been inspired by the words at FDR. 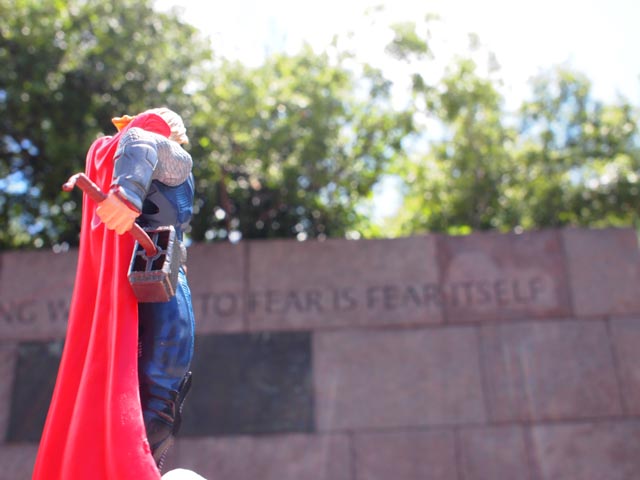 As he explained about issues Gods face, in particular the struggles they have with their siblings, some of the crowd started to lose interest. But they applauded when he identified with the working man. Being a God is, after all, a full time job. There’s evil to vanquish, villains to subdue, siblings to crush…it can all get a God down at the end of the day. 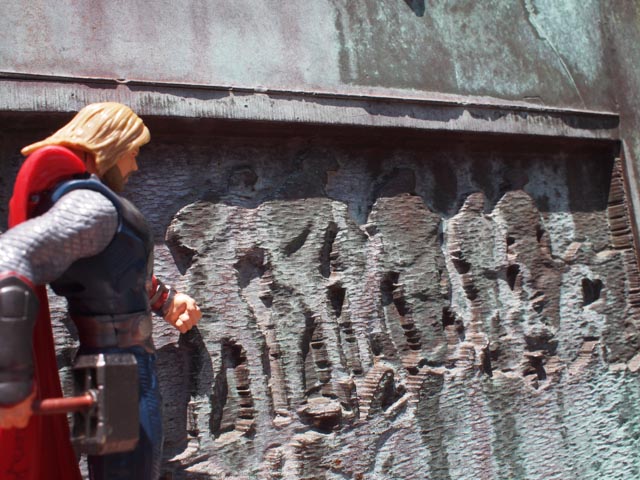 The crowd dispersed when Thor got a little over excited trying to make his point, and threw his hammer at a nearby tree. The sparks were understandably intimidating to any who don’t know Thor as well as I do. As I rejoined Thor and applauded him on speaking up and having a voice, he mentioned he still hadn’t found a decent and reliable steed, and then he asked me “What does a God have to do to get a drink around here?”

My hubby assured him he knew the perfect place for a pint of ale, and we walked further through the memorial to find a cab. 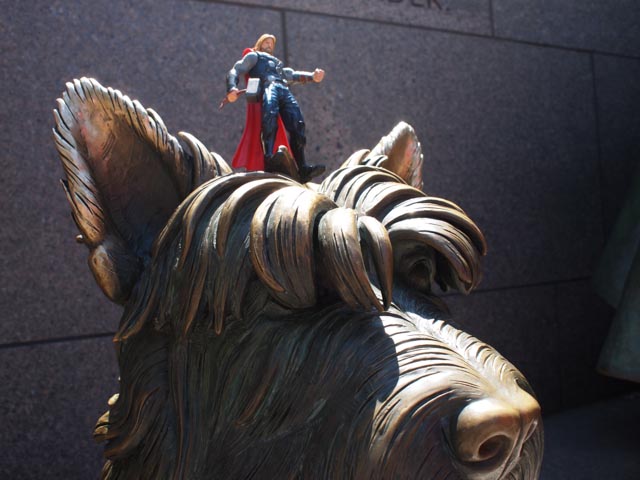 We stood there for 30 minutes while Thor tried to convince his “steed” to do more than pose nicely for photos. By the time Thor admitted that perhaps this particular steed should remain where it was, a monument to dogs everywhere, he’d come down from his caffeine high. He needed ale, he said.

So my hubby obliged him. This…can’t end well. 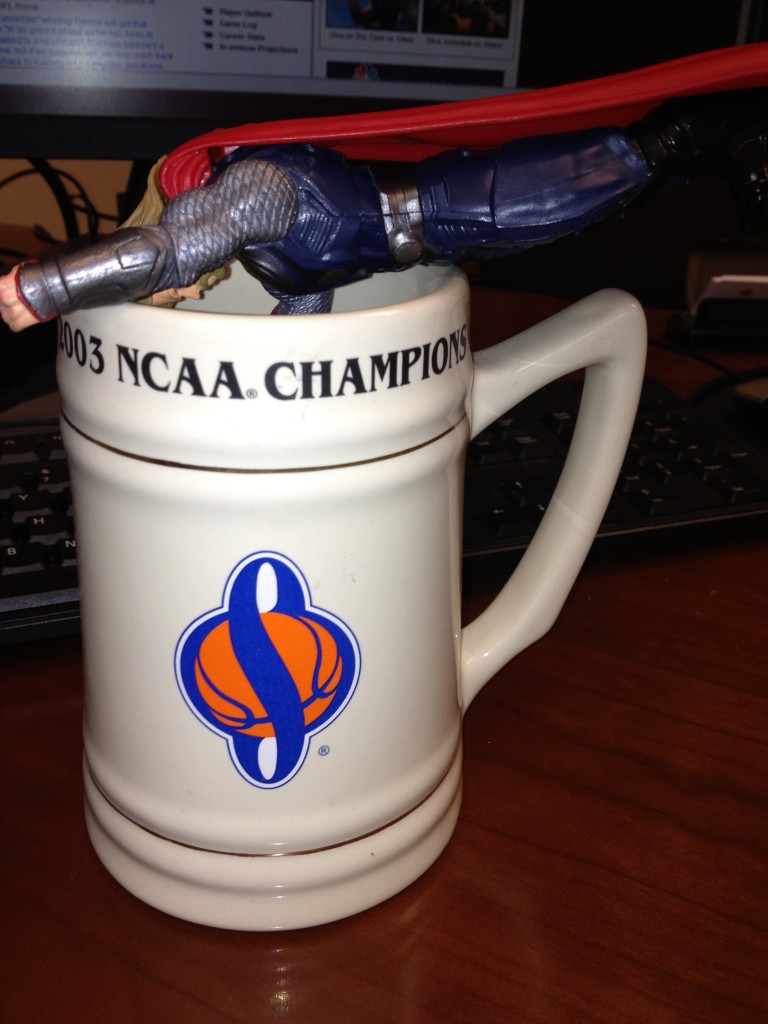 Thor is scheduled to leave us on Friday to continue his world tour. I wonder if he’ll find his perfect “steed” before he goes?