This week has been interesting, to say the least. Normally I’d review a book or movie today, but with Thor visiting I haven’t had the time to either read or see a movie. Instead, I thought I’d finish the story of his visit. He leaves today, which is a bittersweet moment for me. Even though I’ve chased him all over DC and even though he can be arrogant, he can also be incredibly funny and sweet. Especially if he’s had ale.

If you’re wondering just how Thor ended up visiting me, please check Debra Kristi’s website for all the deets.

And now, to continue:

After Thor drowned himself in Ale, he did what a lot of drunk men do: he got in a fight. With a turtle. 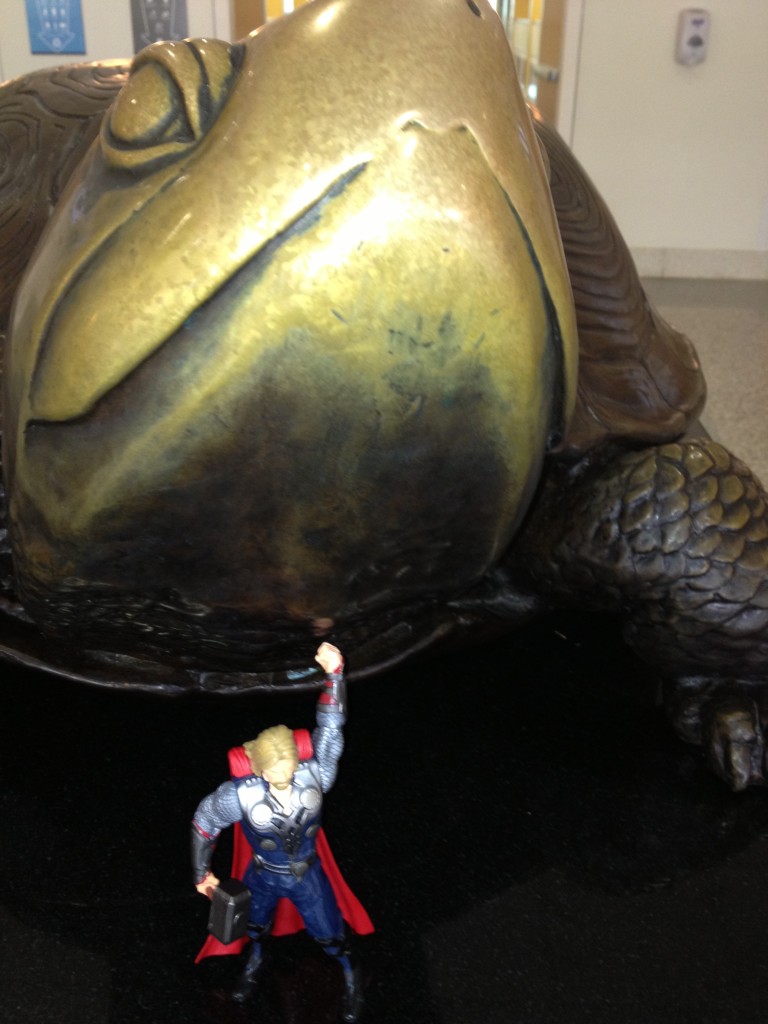 I tried to tell him that this turtle was no real threat, but somewhere in the middle of the fight he decided that here was the perfect steed, at last. 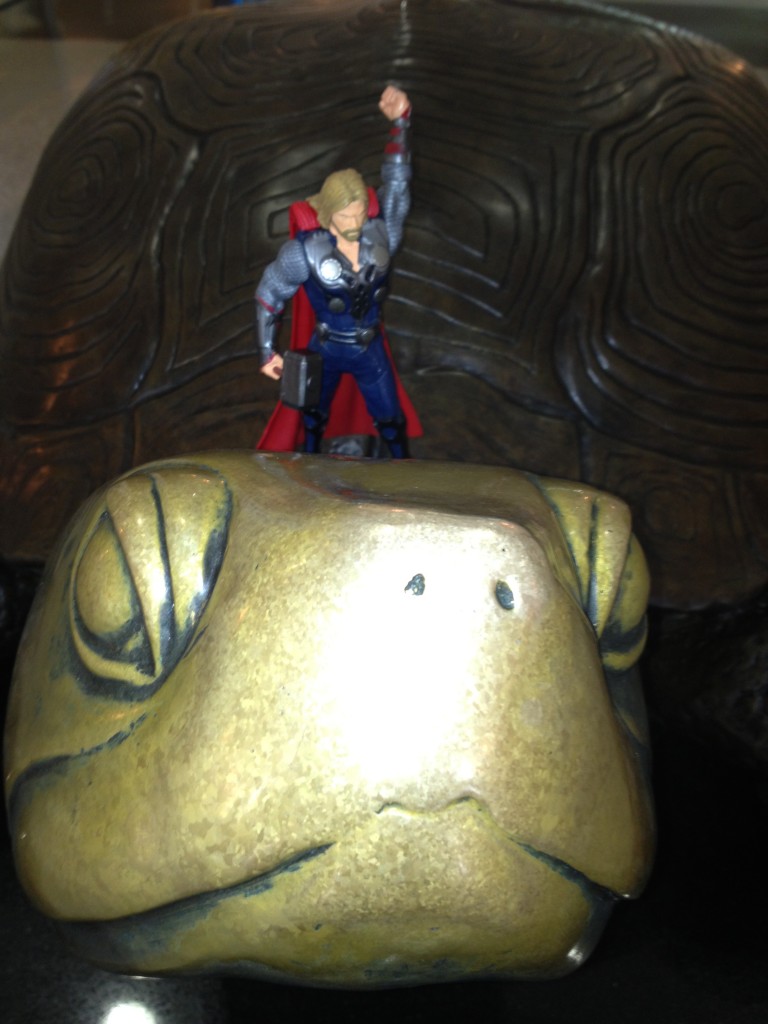 It took a chat with Kermit (yes, of The Frog fame) to convince Thor that perhaps Tustudo the turtle (a fixture at the University of Maryland) would not be a good ride for the God of Thunder. Thor protested that the phrase “Fear The Turtle” sounded absolutely perfect for a God’s steed, but Kermit explained how the students would be disappointed to return to class and find their mascot gone. 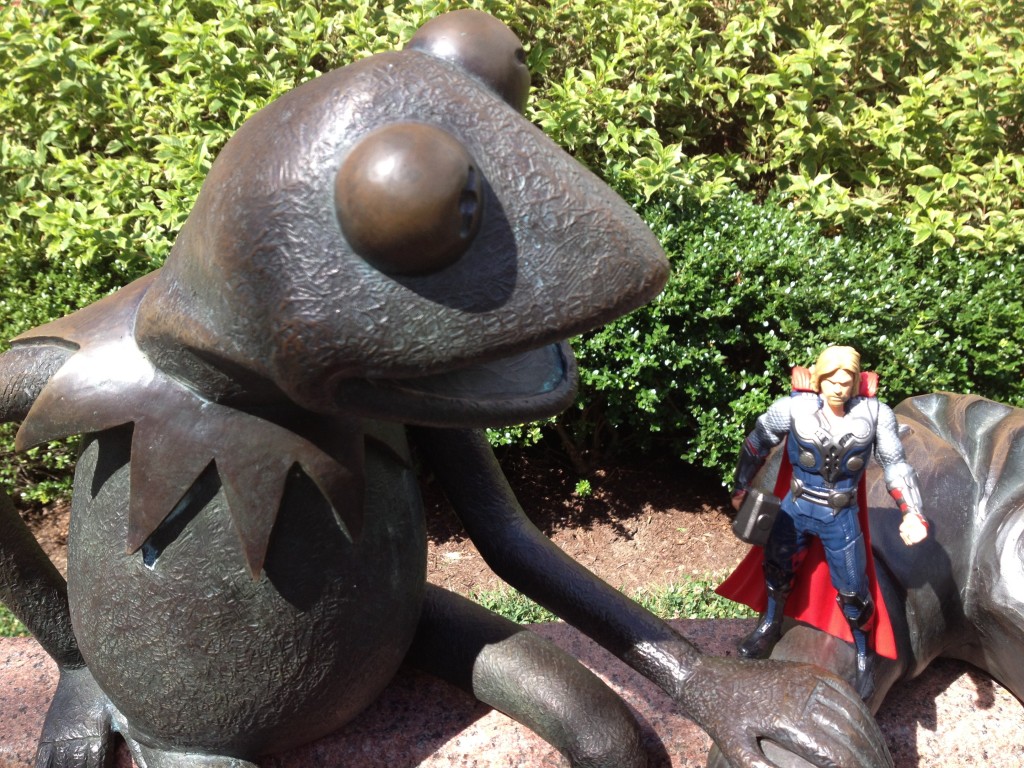 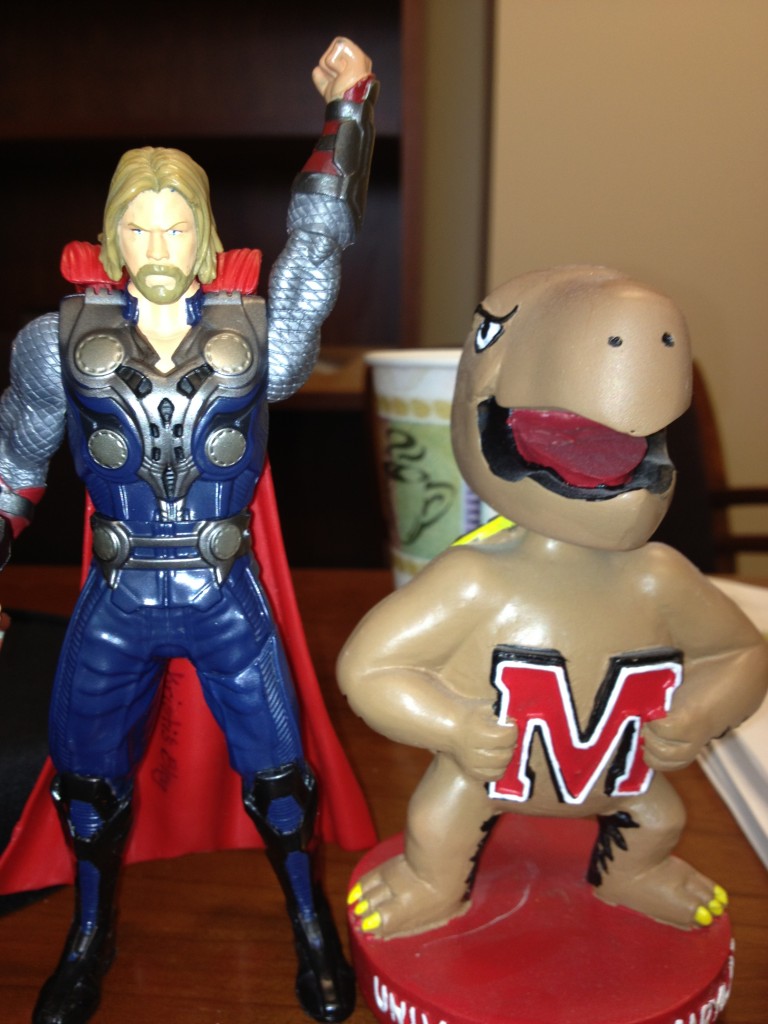 He pouted on the ride home. The train no longer held any joy, the speed of travel seemed slow and the stops annoyed him. I mentioned the hammer but he glared at me, so I  sat next to him in silence, leaving him to his Godly thoughts. I had an idea that I knew exactly the steed for him. I hate to send a God away dejected, so I planned to show him immediately when we arrived home. Which would have been fine except that Thor disappeared. Again.

It didn’t take long to find him. He’d wandered into my writer cave. I found him like this: 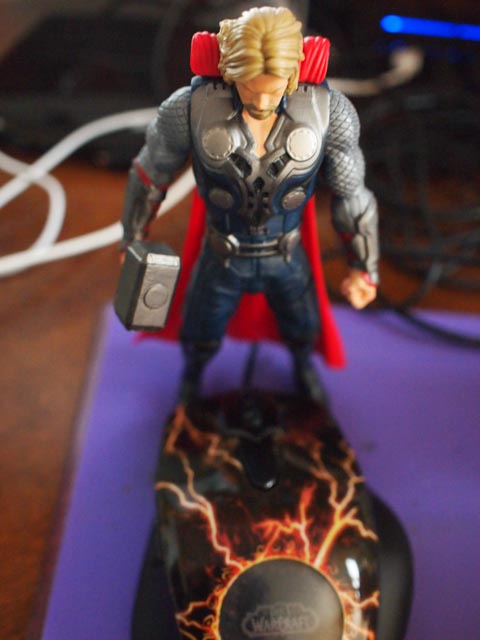 He looked so depressed and confused! I couldn’t stand it. I had to ask.

Thor pointed to the mouse. “What is this Warcraft? Where is this world? They need my help. To think of an entire World of Warcraft…that is obviously where I should go. I can no longer assist humans when such a world is devastated by war.”

How sweet is that?

I did try showing him that World of Warcraft is merely an online game. He found the graphics disturbing, though he did enjoy the fight to kill a giant dinosaur. He gave me a play by play of  exactly how he would vanquish such a creature. Thus cheered up, it was time to reveal the steed I thought would truly suit him. 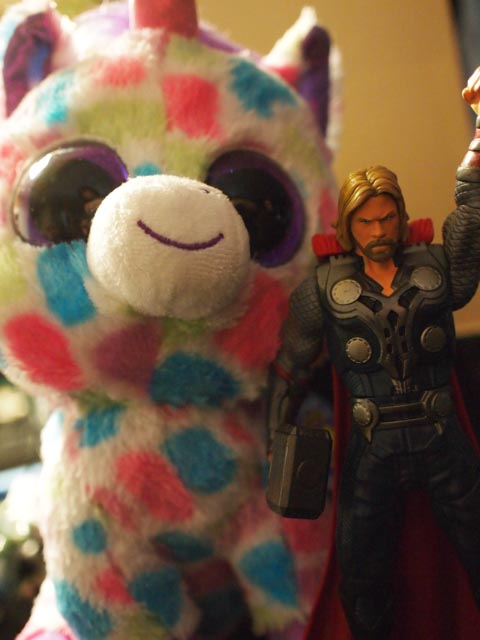 I’m not sure he fully agreed, but he seemed to appreciate the effort anyway.

Thanks so much for following along on Thor’s World Tour. He’s on his way  to visit Samantha Warren. Be on the lookout, NY, and nobody give Thor any coffee.